VINCENNES, Ind. - Two Vincennes University programs and seven students are the recipients of Indiana Career and Technical Education Awards for Excellence.  The awards were presented Feb. 6 at the Indiana Government Center in Indianapolis. 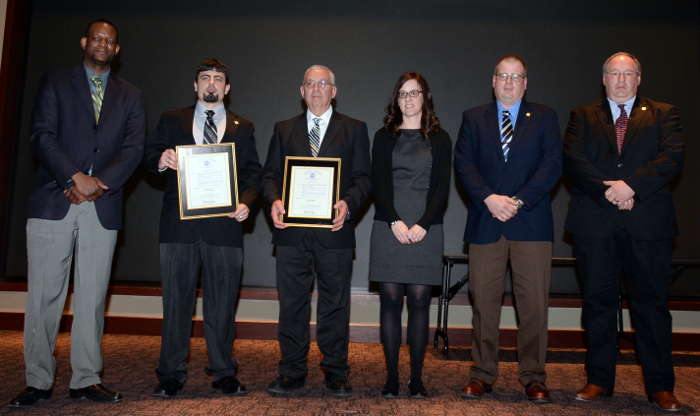 VU, the John Deere Company, and John Deere dealerships received a partnership Award for Excellence for VU’s John Deere Technology Program. One of only 15 John Deere programs in the U.S., the VU program is housed in a large and modern implement repair-classroom facility. The program was cited having each student sponsored by a John Deere dealership, providing students with direct hands-on experience using the most modern farm equipment. John Deere also provides the latest equipment to VU and trains it instructors, who have over 75 years of field experience in addition to teaching in the field. Instructor Levi Lumm nominated the program for the award. 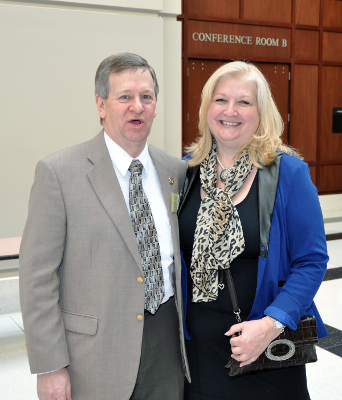 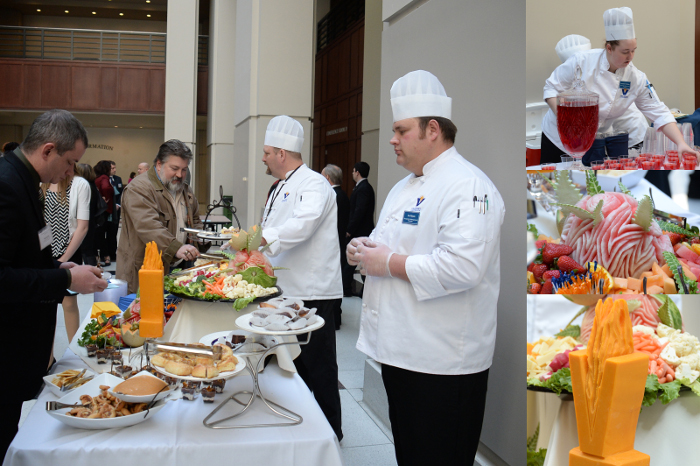 Vincennes University students demonstrated their culinary talents during the Awards for Excellence reception. 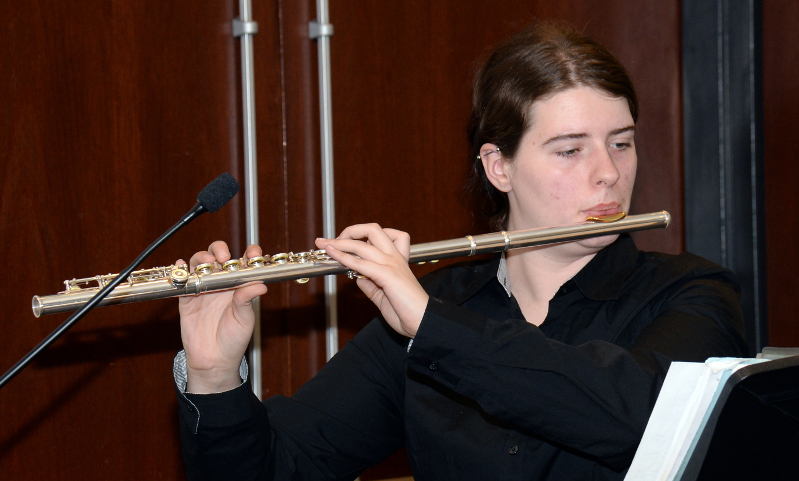 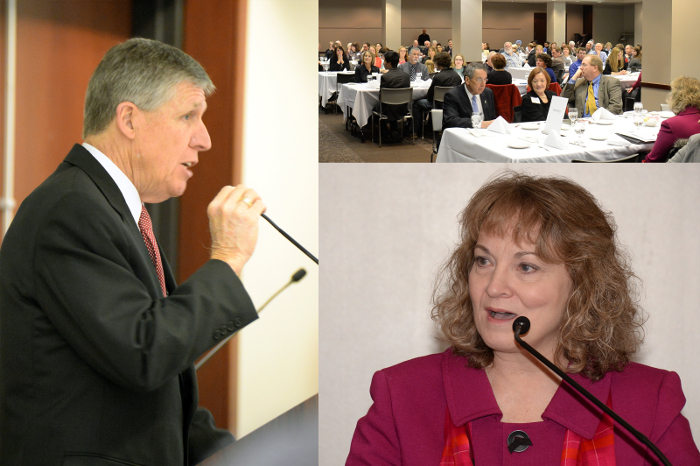 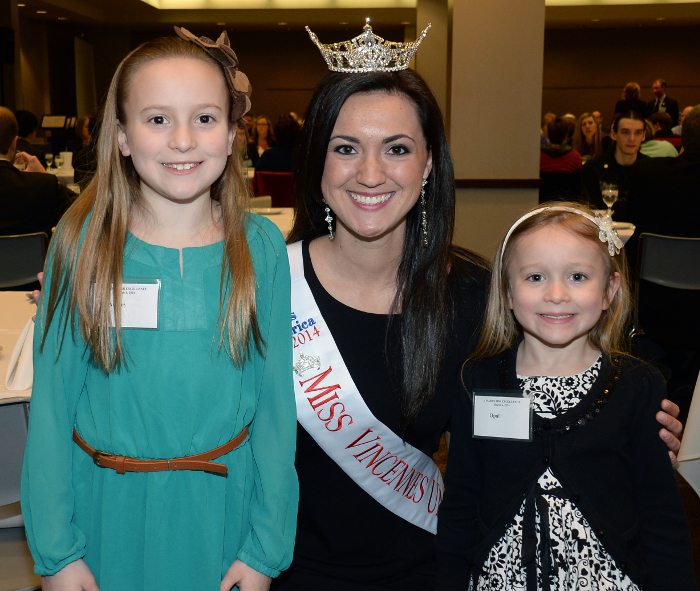 Two young attendees were anxious to meet Miss VU 2014 Hannah Swan who sang at the luncheon and led the audience in the National Anthem prior to the awards ceremony.