VINCENNES, Ind. – High-powered Vincennes University students who go above and beyond in the craft of broadcasting were honored during an inaugural awards ceremony hosted by the Broadcasting Program.

Six outstanding students were presented awards on April 27 by Broadcast Program Chair and Assistant Professor Eric Stidman on the merits of technical achievement, academic achievement, and volunteer work in the program. 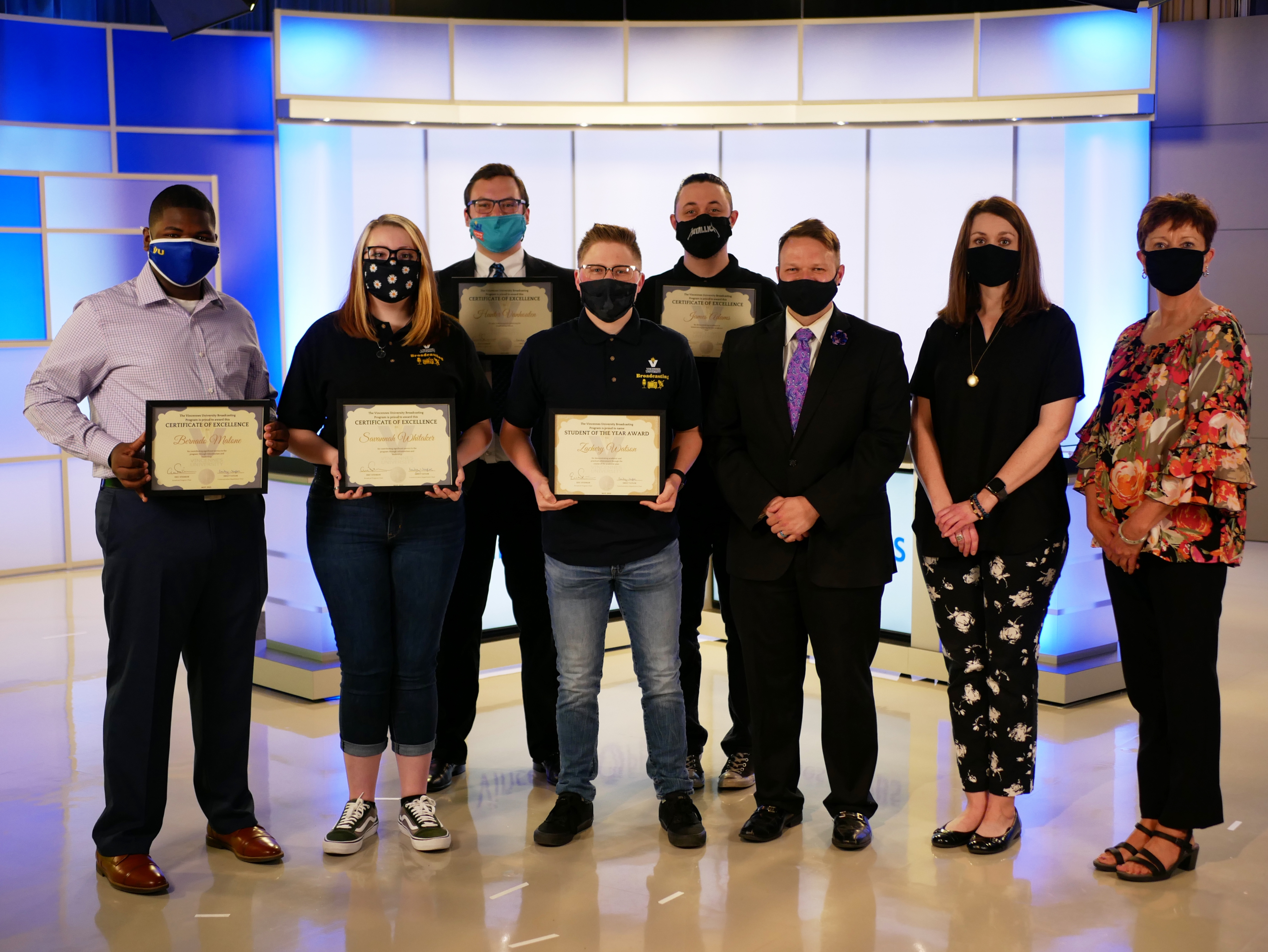 "This is an opportunity for the Broadcasting Program to let students know that we see them and the hard work they are doing," Stidman said.  "Aside from giving them a nice bump to finish the semester, the credentials they earned can easily be placed on a resume."

Zachery Watson of Brownsburg, Indiana was recognized for his exemplary work and named Broadcast Student of the Year. Watson, a senior in his final semester, consistently performed as an academic achiever, demonstrated strong technical knowledge and skills, and provided significant volunteer work to the program. 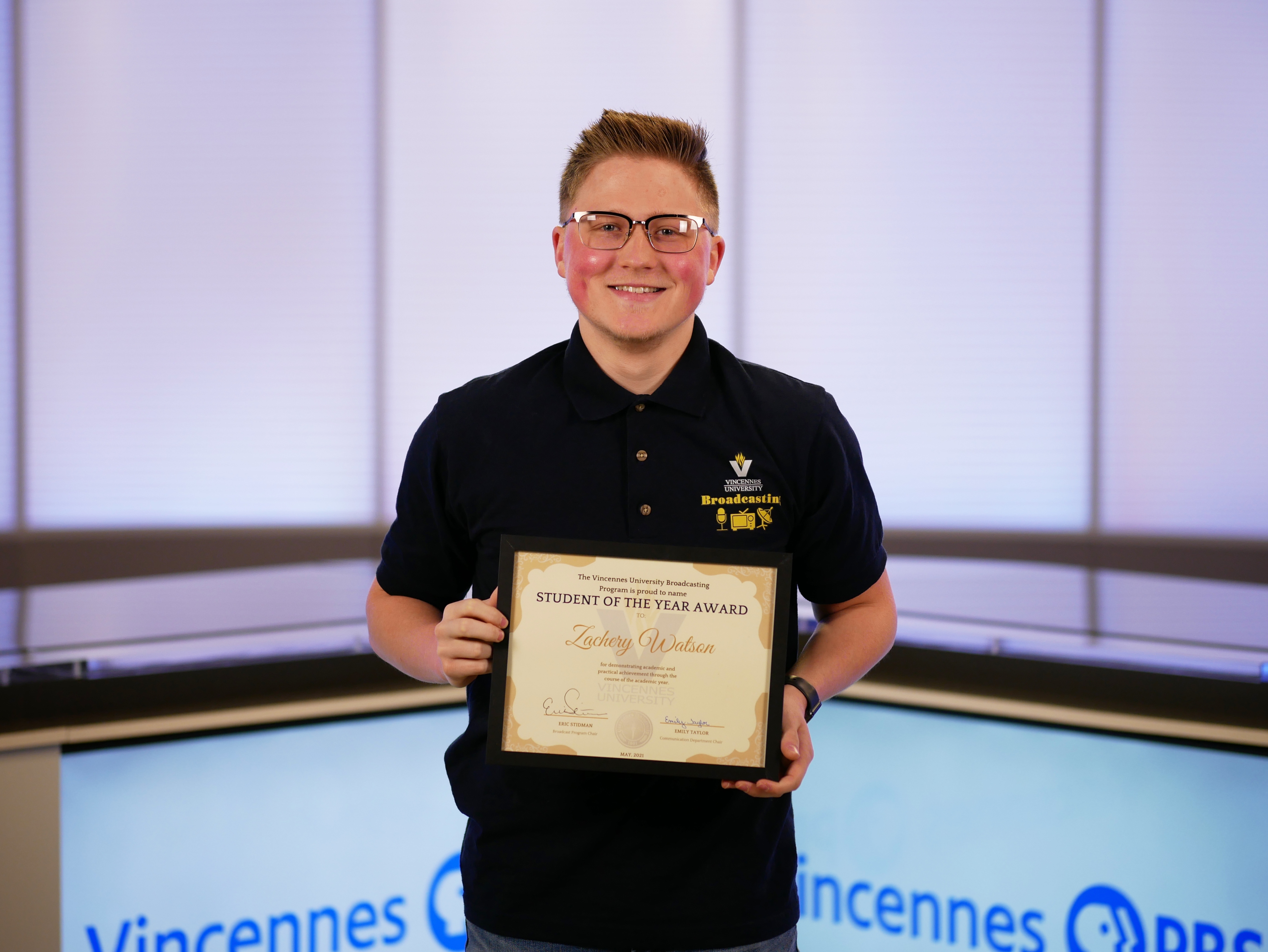 "Zach Watson is a quiet student, but his work speaks for itself," Stidman said. "He's a go-getter, is always volunteering for additional duties, and has been a pleasure to have in this program."

Other students were also celebrated for their accomplishments.

Hunter Van Houten of Granger, Indiana was honored with the Senior Scholar Award.

Bernardo Malone of South Bend, Indiana and Savannah Whitaker of Indianapolis recognized for Service To Broadcasting.

James Adams of Franklin, Indiana was named Broadcasting Rookie of The Year.

"Despite COVID and virtual learning over the past year, the students really stepped up and demonstrated what it means to be a broadcaster," Stidman said. 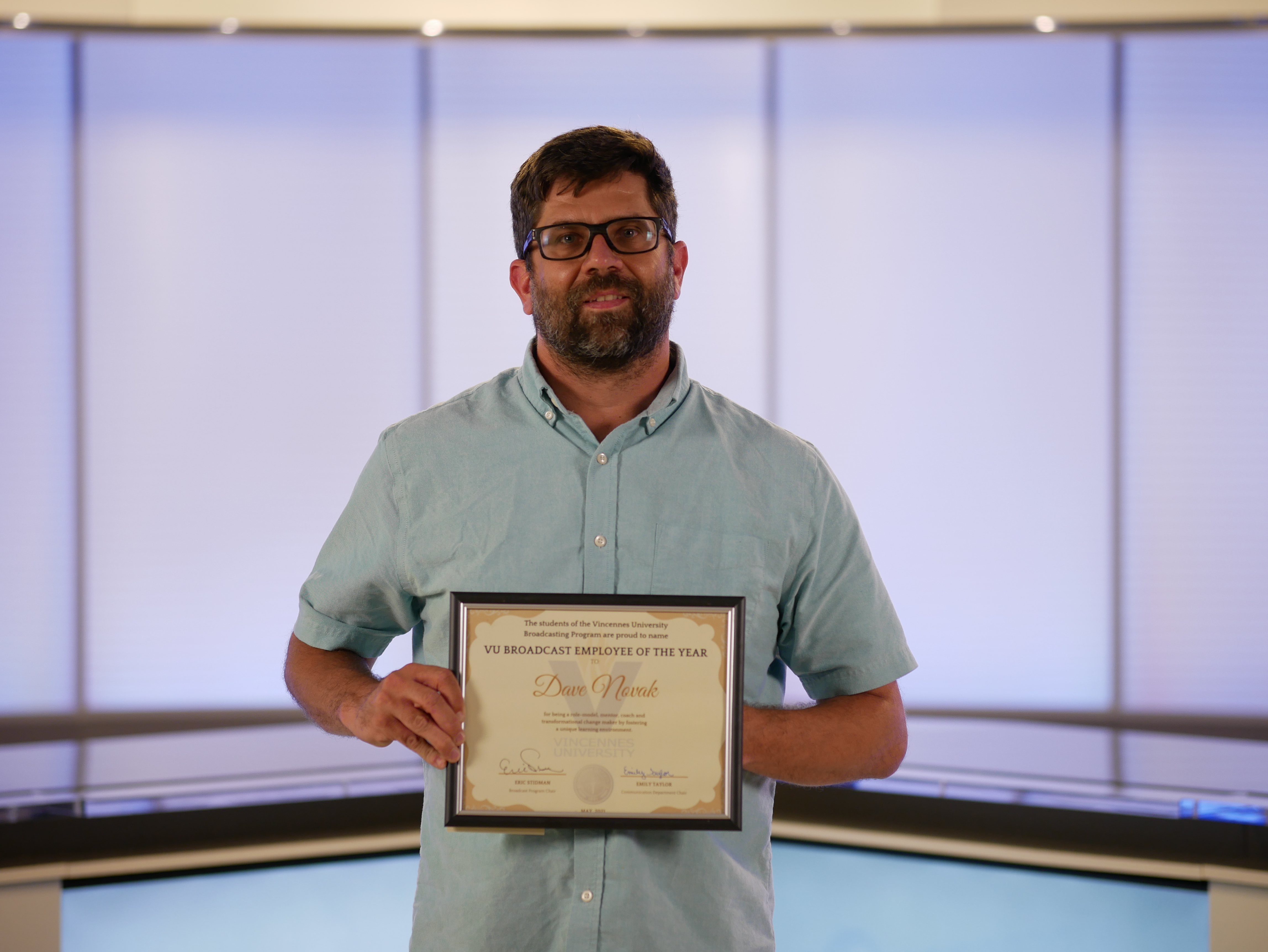 The ceremony closed with another special award. Stidman solicited student votes to determine a Broadcast Employee of the Year. Students were asked to select an individual in the program who exemplified a unique learning environment, and who helped students grow and become stronger in the craft of broadcasting through mentoring, coaching, and teaching. Dave Novak, an engineer for VU Broadcasting, WVUT and WVUB, was selected as the winner.