VU Student Bernado Malone: His broadcasting career is off to a blazing start - External Relations

VU Student Bernado Malone: His broadcasting career is off to a blazing start

"Once I stepped in front of the camera to report my first news package, I knew that news was the right fit for me." Since middle school, Vincennes University sophomore Bernado Malone has dreamed of being a reporter. He is living his dream now and he's well on his way to a career in broadcasting.

Within the first two weeks of starting at VU, the Broadcasting major landed an interview about COVID-19 protocols with none other than VU President Dr. Chuck Johnson.

VU Broadcasting students dive into their future careers early and feet first. They do more than simply learn about journalism, they practice it. 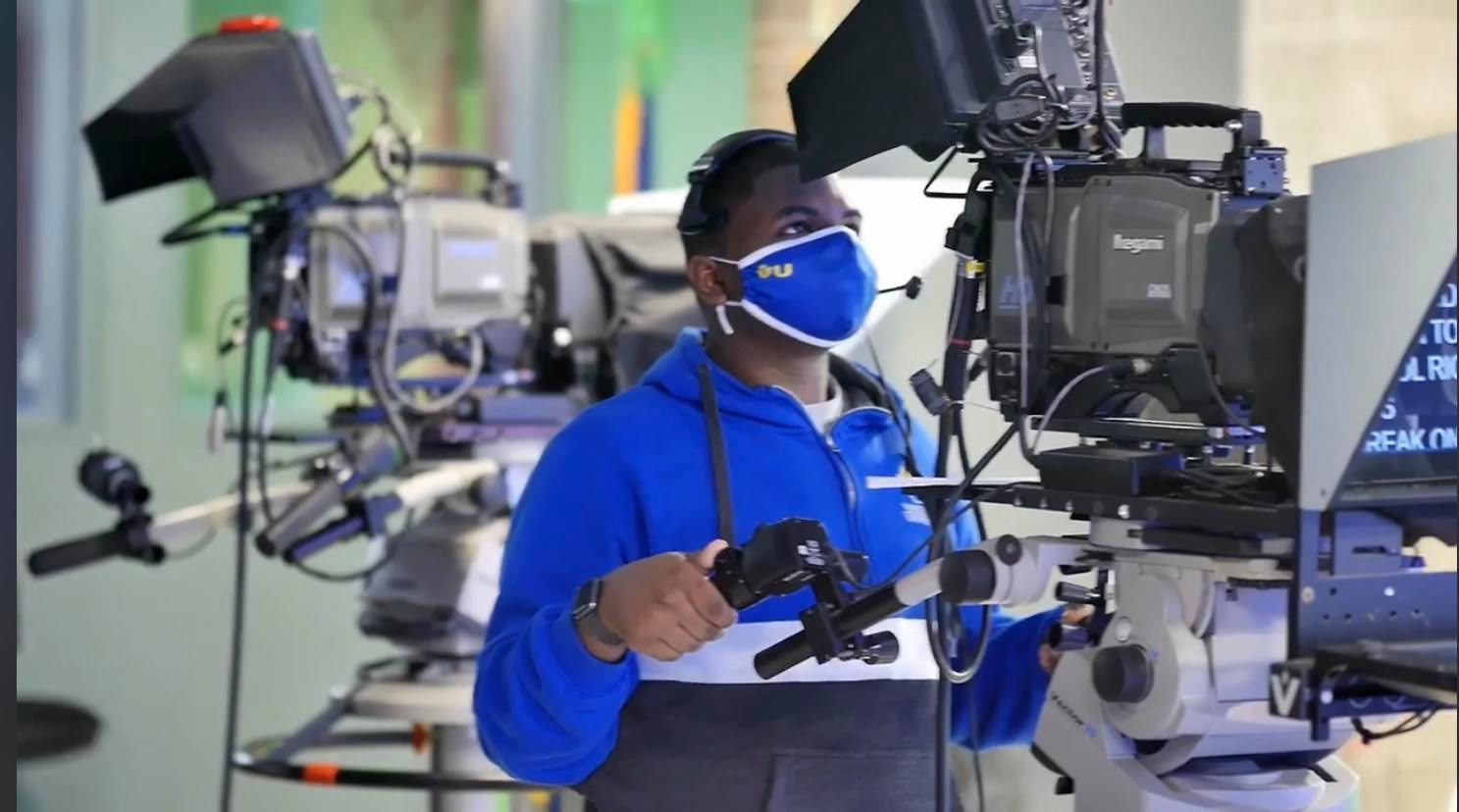 Malone in the Vincennes PBS studio

Malone’s interview with the head of the University aired on the on-campus television station Vincennes PBS during the NewsCenter 22 broadcast. The daily news program is produced through the combined efforts of students and faculty in VU’s Broadcasting Department and WVUT staff.

Since the seventh grade, Malone has always known his dream was to become a reporter. Storytelling and meeting people from different backgrounds is what drives his passion for becoming a promising journalist. From working with audio and visuals in his hometown church to serving as a news reporter for two years in the Radio and Television Career and Technical Education program at his high school, Malone has had quite a bit of experience in the broadcasting/journalism field.

Malone has always lived a big life in his hometown of South Bend, Indiana. He went to Riley High School where he played football and managed the basketball team during his junior and senior years.

With VU having a great broadcasting program and being a friendly, close-knit campus community, Malone's decision to attend VU was an easy choice.

“I chose Vincennes University because it has a very strong broadcasting program, low tuition, and small class sizes, which gives me the chance to establish close relationships with other students and my professors,” Malone said.

He says learning from esteemed faculty, such as Broadcasting Associate Professor Eric Stidman, a former weather forecaster and senior executive producer at Terre Haute’s WTHI-TV News 10, along with VU’s resources and hands-on experiences have helped him in many ways to accomplish his goals and dreams.

“Professor Eric Stidman in the Broadcasting Department has been an influence on my time here at VU by not only giving me the tools and resources for me to be a successful journalist, but he has given me numerous opportunities to cover news outside of the classroom and is always eager to help in any possible way,” Malone said.

Malone is a member of the National Society of Leadership and Success and received a certificate of excellence for his leadership skills and service to the Broadcasting program. 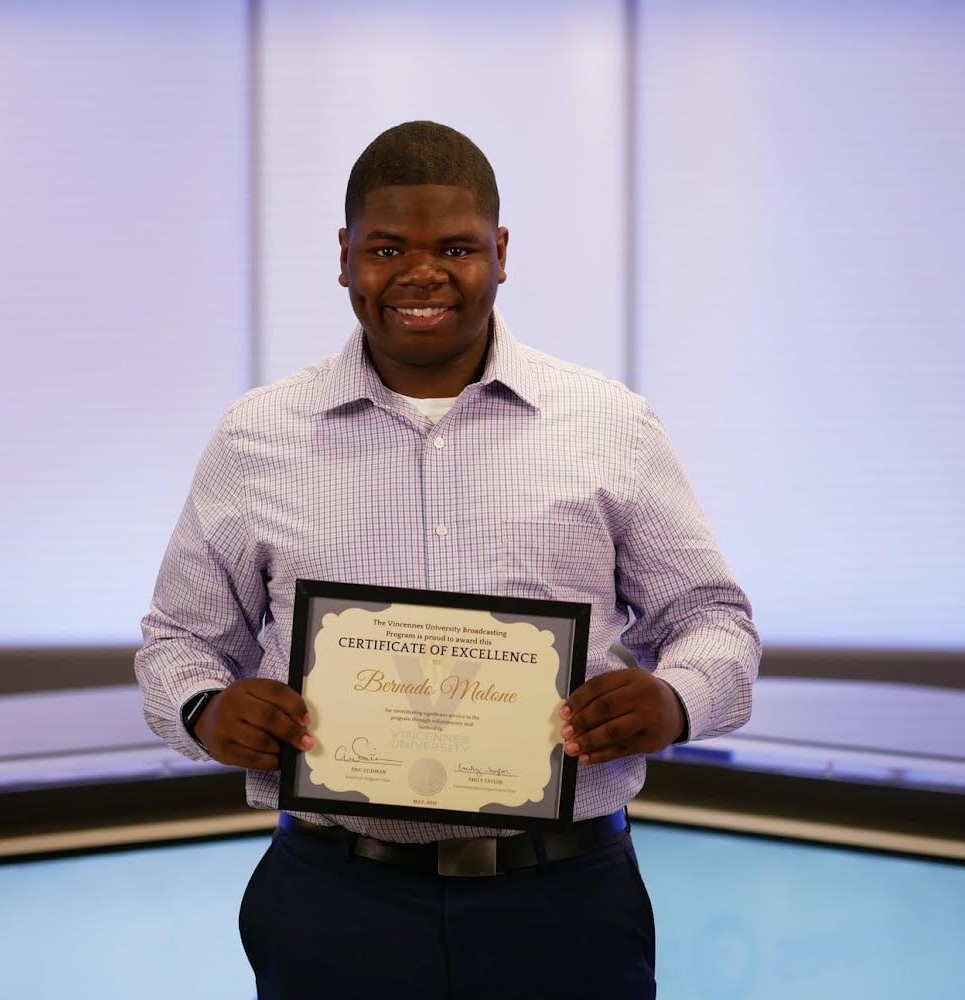 Malone holding his certificate of excellence

Throughout his time at VU, Malone says his best experience has been learning not only about his passion for the communication industry but about himself.

“Oftentimes, back home, I was always busy with different things, which left me with little to no time to learn more about myself. I have learned a lot about my skills, values, strengths, and weaknesses,” Malone said.

Malone’s plans of pursuing his dreams of becoming a public relations journalist after graduation do not stop there. He plans to give back to his hometown by becoming a local journalist and pursuing a bachelor's degree in communications at Indiana University South Bend.