VU Student Jabari Hunter: Blazing His Trail With His Music and Faith

Growing up in his Chicago, Illinois home where education is a top priority, Vincennes University Advanced Manufacturing major Jabari Hunter knew college was an essential part of his future.

"I grew up in a home where education mattered. So I knew college was going to be definite. I moved a few times throughout middle school, and I was given many opportunities at each school. One opportunity led me to graduate from my high school, Area Career Center University, with an associate’s degree. If the career center never mentioned that they were in a partnership with Vincennes University, I wouldn't have known about the school and the wonderful opportunities it has availed to me," Hunter said. 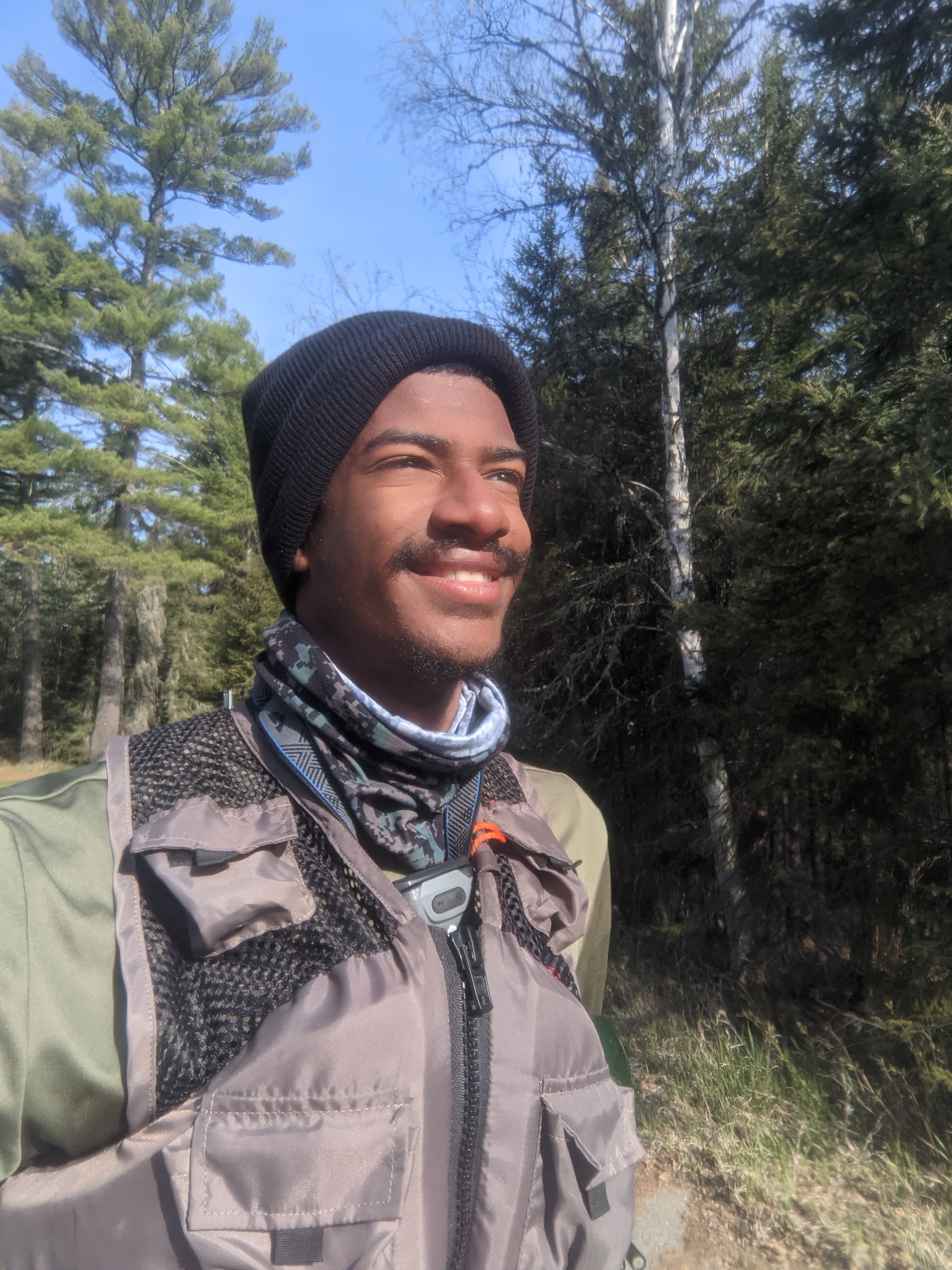 At the age of 15, Hunter taught himself how to play the piano. As difficult as it is to teach oneself how to play something so intricate as the piano, he took it one step further and began learning classical piano at VU. He says that college has opened up many newfound possibilities for him in music.

"VU opened up possibilities for things I didn't even know about when I first started playing the piano. I would love to write music and have my own band. Even if I never became famous I sure would enjoy making music with fellow musicians. When I graduate from college, my goal is to become a church musician."

Hunter says VU’s clubs and staff gave him many memories he will keep with him forever. He also says there's one memory, in particular, he will always cherish is when he played the piano in front of a large audience in the 2019 Christmas Gala concert in the stunning Red Skelton Performing Arts Center with its European Opera-style seating.

"When I got to perform at the Red Skelton in the Christmas Gala in 2019, I had a blast making music with everyone," Hunter said. "Joining the blues ensemble, and Christian Campus Fellowship at VU allowed me to show the world who I am. Piano professor Dr. Claudia Bossard has been instrumental in my learning and has taught me how to improve as a musician by being honest with me about my education." 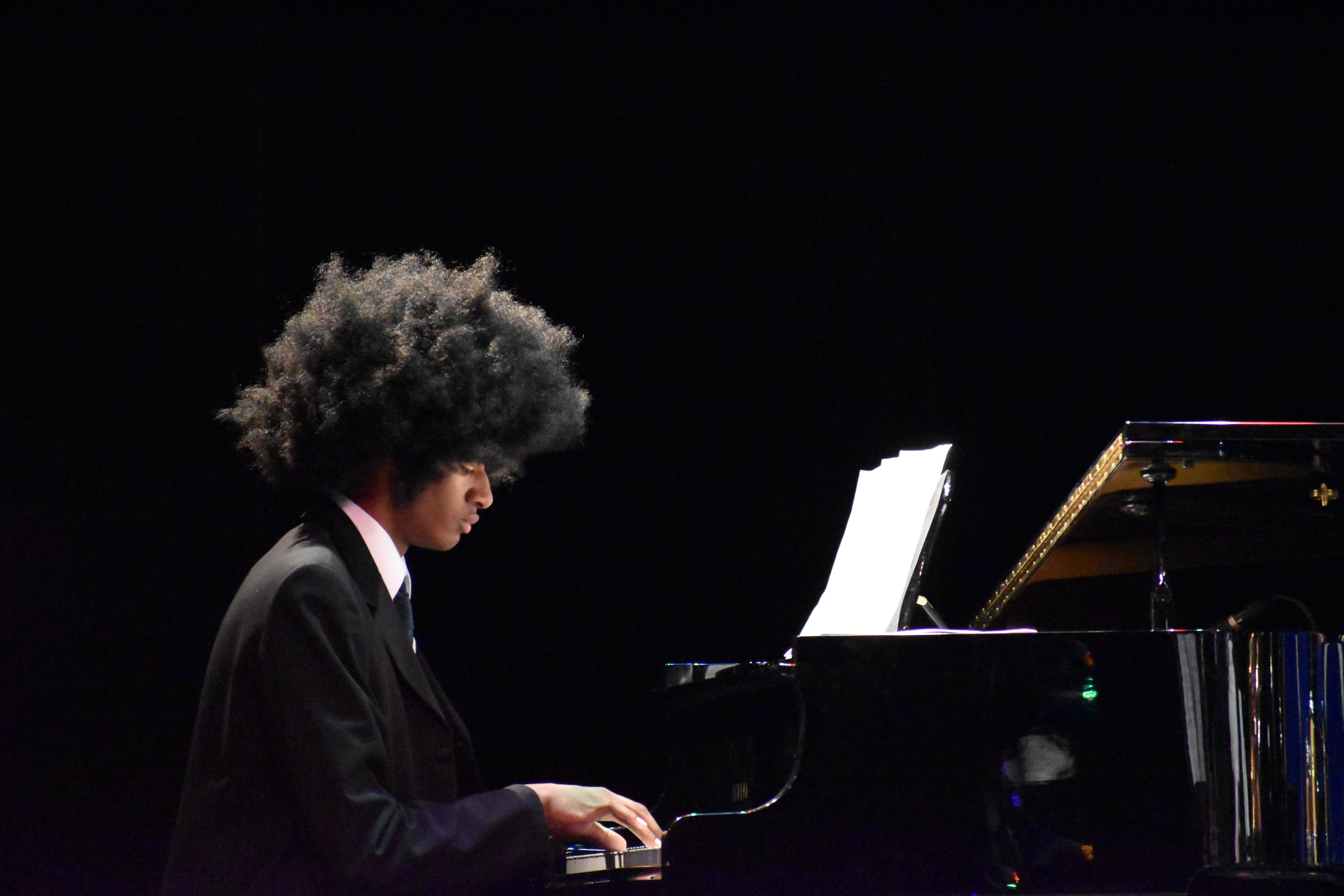 Hunter plans to graduate in Spring of 2022 with an associate degree in Advanced Manufacturing and enter the workforce with the skills and degrees he has acquired at VU, along with awards he has earned, including Best Freshman and Sophomore Music major. He also made the Dean's List in Spring 2020. He plans on following his heart to become a church musician, travel, and share his love of God with people around the world. If that doesn’t work out, he says he will still share his love of God through music, but he will also put his other degree to use and work in the manufacturing field.

Growing up in a majorly diverse city to moving to a city with less diversity was a bit of a culture shock to Hunter. He said he never considered how different it would be when he came to Vincennes, not only about race but also about his faith.

As an African-American Christian, Hunter said he had an idea of what church was like but was shocked at how people can worship the same God with different styles.

"I understood how different urban and rural America was when I attended my first church service at the student union and was perplexed at how we could worship the same God but with different music and preaching styles I was unfamiliar with. That was one of the biggest culture shocks I’ve experienced."

Throughout his experiences, Hunter has remained devoted to his two main passions: faith and music. He is eager to share his love of religion and music with others to inspire and teach them about God.

"I found out that people can use their knowledge of the Bible to guide others closer to God. They can write and sing songs about God to teach others about him. I would love to try all of those things and anything else Christians do to glorify God,” Hunter said, "I've never been certain about a lot of things, except using whatever talents and gifts I have to share my faith. When I realized that a lot of musicians have church jobs, I realized that I could have a viable career opportunity pursuing my faith and being a musician."

Learn more about the VU's Music degree and the College of Social Science, Performing Arts and Communication. VU's College of Technology offers a variety of Advanced Manufacturing degrees.