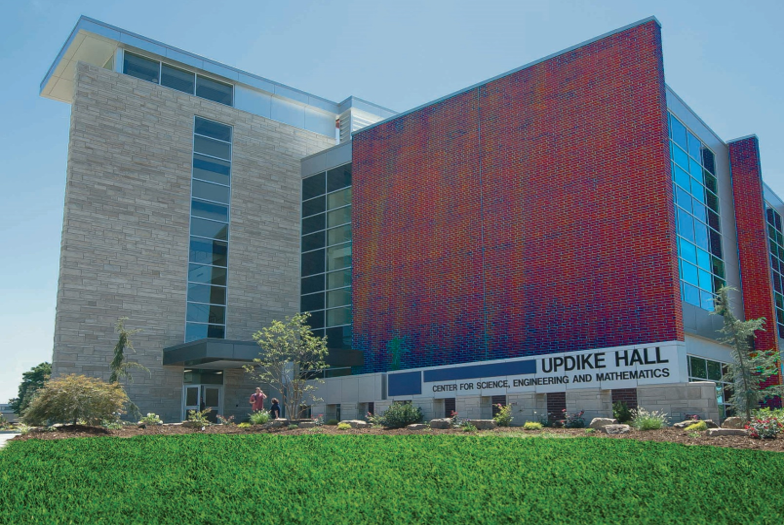 The facility features state-of-the-art labs for all disciplines:

William E. (Bill) Updike enjoyed a successful career as president and owner of CMA Supply Company, a multi-million dollar firm with locations in Indianapolis, Fort Wayne, Louisville, Cincinnati, South Bend, and Toledo. The company provided concrete and masonry supplies to the construction industry throughout the United States. Bill graduated from Vincennes University in 1968 and from Indiana State University in 1971. He is an Emeritus Member both of the ISU Foundation Board and the VU Foundation Board, where he served for 12 years. Bill received the distinguished Partner in Excellence award in 2006 and an honorary doctorate in Business from VU in 2016.

Bill and his family generously contributed the $2 million lead gift for Updike Hall. Bill and his wife Elizabeth reside in Indianapolis. They enjoy spending time with their children Michael (Kena) and Emily (Jeff Pressler) and grandchildren Caroline, Amelia and Henry.