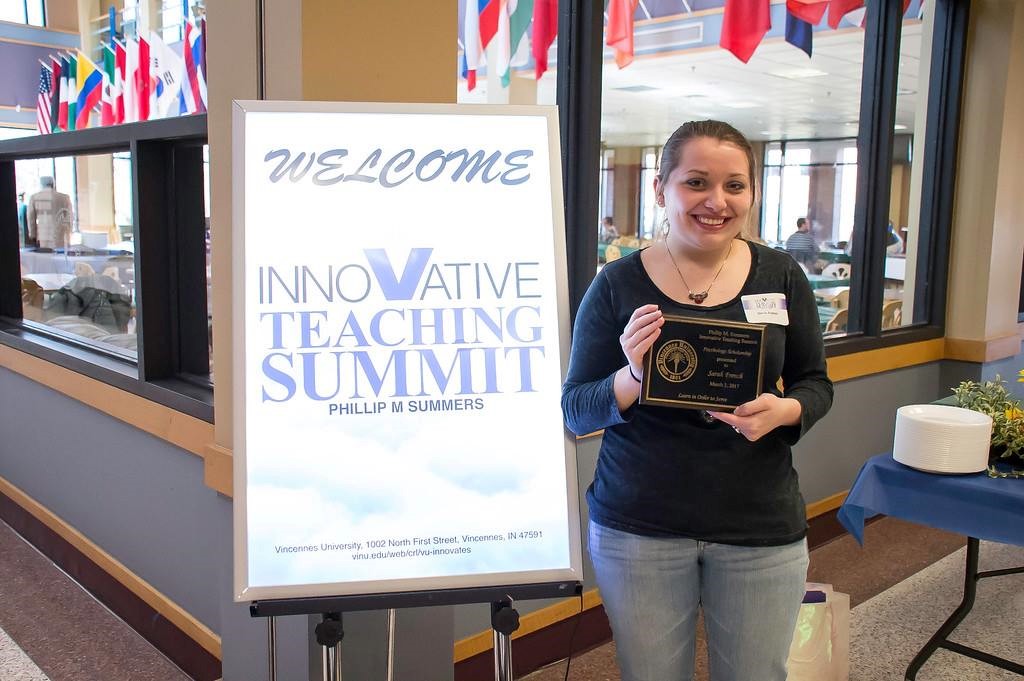 Sarah French won a scholarship at the inaugural Innovative Teaching Summit on March 3, 2017. 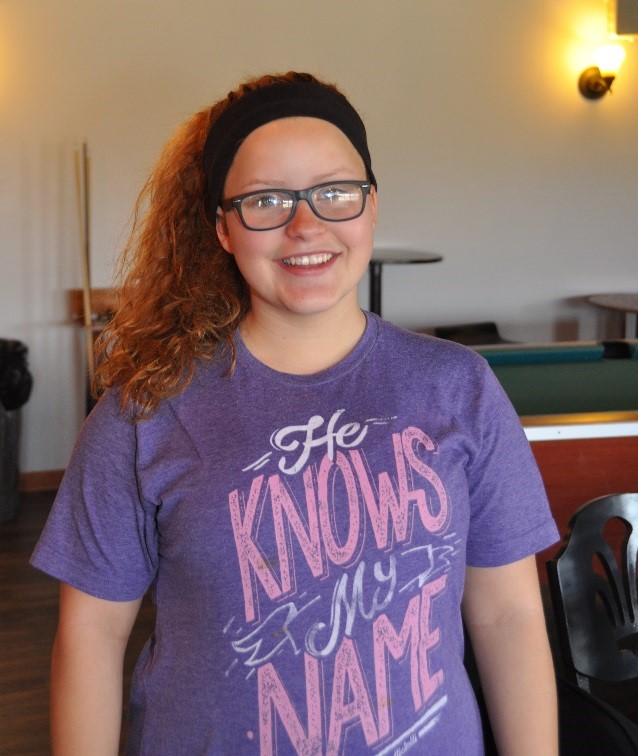 Six Vincennes University students chose a Tennessee mission trip over Spring Break beaches. The student answered a call by the VU Christian Campus Fellowship to head to Gatlinburg, Tennessee, where they began work to rebuild a home that was lost in the Nov. 28, 2016, wildfires. The effort was coordinated by Helping His Hands Disaster Relief in Vincennes.  COPE Student Tanisha Collins was among those who served on Spring Break. 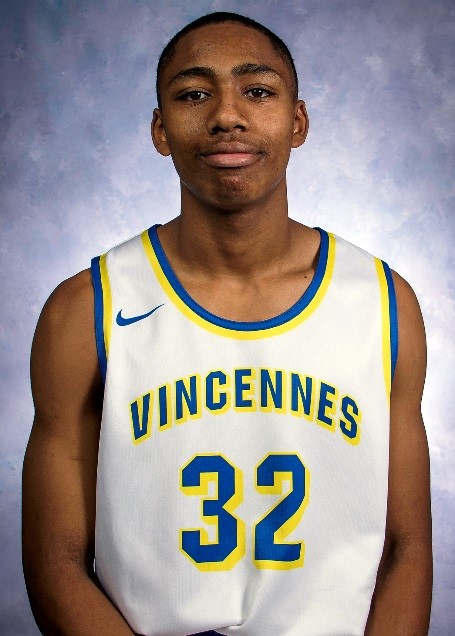 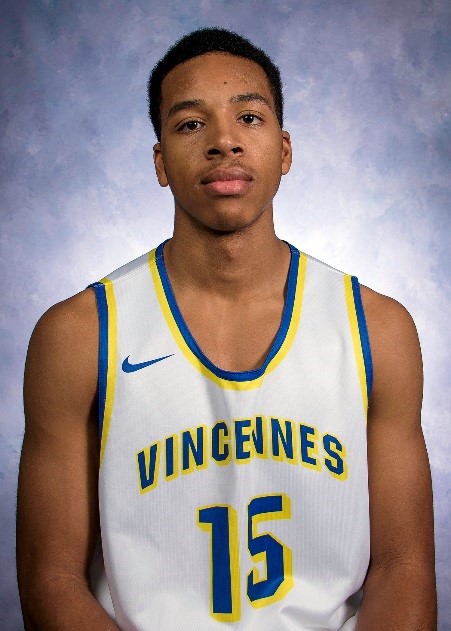 Toledo, Ohio native Chris Darrington came to Vincennes University as a 1,000 point scorer at Scott High School, the DII State Toledo Player of the Year, and was runner-up for Mr. Basketball in the state of Ohio. The VU Trailblazer coaching staff knew right away that Darrington would be successful at the next level, a sentiment he proved this season. Darrington averaged 20.7 points per game, shot 80.4% from the free-throw line, 43% from the 3-point stripe, and handed out 4.6 assists a night. To couple with an impressive stat line, Darrington also helped the Blazers achieve a 32-and-3 record, one of the best in the NJCAA, reach the Elite 8 round of the NJCAA Tournament, scored 45 points against #11 Indian Hills, scored 40 points in an overtime-thriller at home against Lincoln Trail, and racked up 33 against Northern Oklahoma Enid in the NJCAA National Tournament. Darrington finished his VU career with 1,089 points just the 37th player to eclipse the 1,000 point mark in school history.

Coach Todd Franklin said of Darrington, “He had a great career. We knew he played like a 1st team All-American all year, and he earned it. We know he will do well at the next level, and he will be the next player in a long line of guys here at VU who have earned All-American Honors, and gone on to have really great careers at the 4 year level.  He will have a great career.”

Darrington has garnered interest from several programs, and is still undecided about where he will continue his academic and athletic career after graduating from Vincennes.

Freshman Isaiah Tisdale also achieved All-American status by being named to the Honorable Mention NJCAA team. The lightning quick guard from Lexington, Kentucky proved time-and-time again this season that he was a threat at both ends of the court. Tisdale had a phenomenal freshman campaign, scoring 15 ppg, hauling in 4.4 rebounds per game, and 3.7 assists a contest. Tisdale was also named the District 16 Most Valuable player as he averaged 21.4 ppg, 7.4 rebs, & 4 ast per game in the tournament. Coach Franklin and the VU coaching staff raved about his ability to guard multiple positions, and how well he played in the postseason.

Coach Franklin said, “We felt that Pun was very deserving, and we are very happy for him. He had a great postseason, and honestly, was probably our best player in the postseason. He was named the District 16 Most Valuable Player, and if they handed out an award for our best player at the national tournament, he probably would have got that one too. We like his ability to score the basketball, but we love how well he can defend. He plays really good defense. We expect him to be a 1st team All-American caliber guy next year as well, and he is on the short list of freshman who were able to earn All-American Honors this season. We are really excited about his future.” 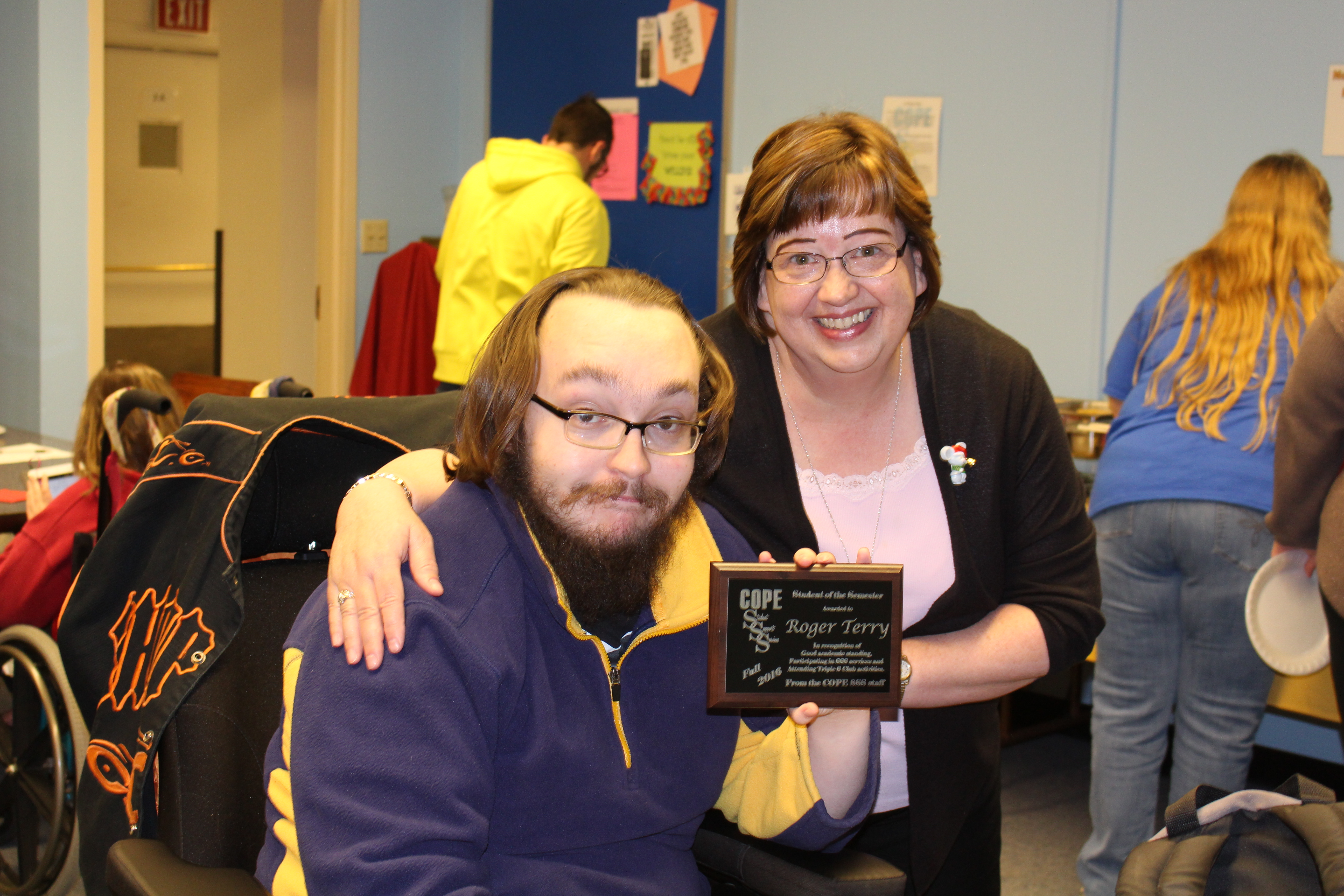 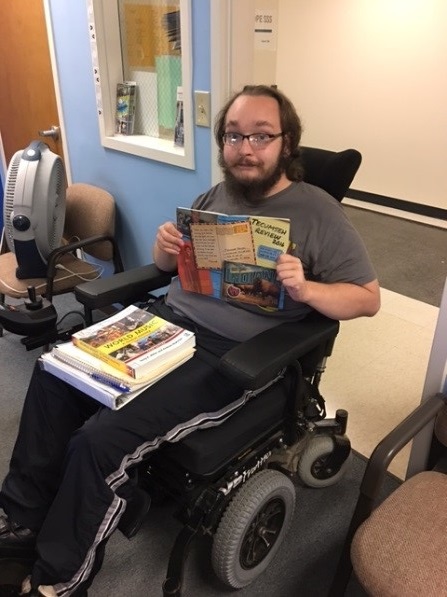 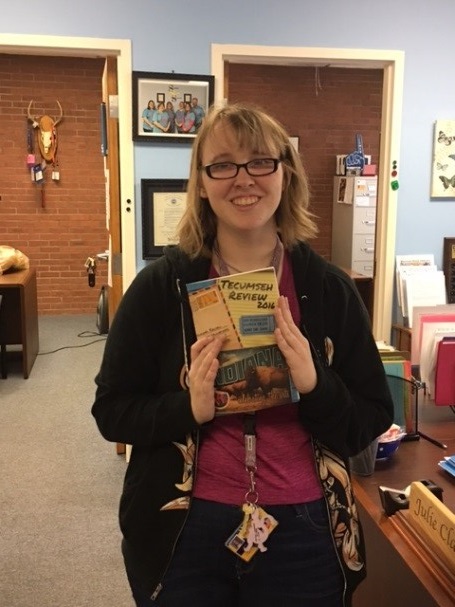 We had two students that had their creative writing chosen to publish in Vincennes University’s annual, The Tecumseh Review.  The students all over campus submit work to be reviewed by peers and professors prior to publication in the annual. The COPE SSS staff are very proud of Angela Dillon and Roger Terry. 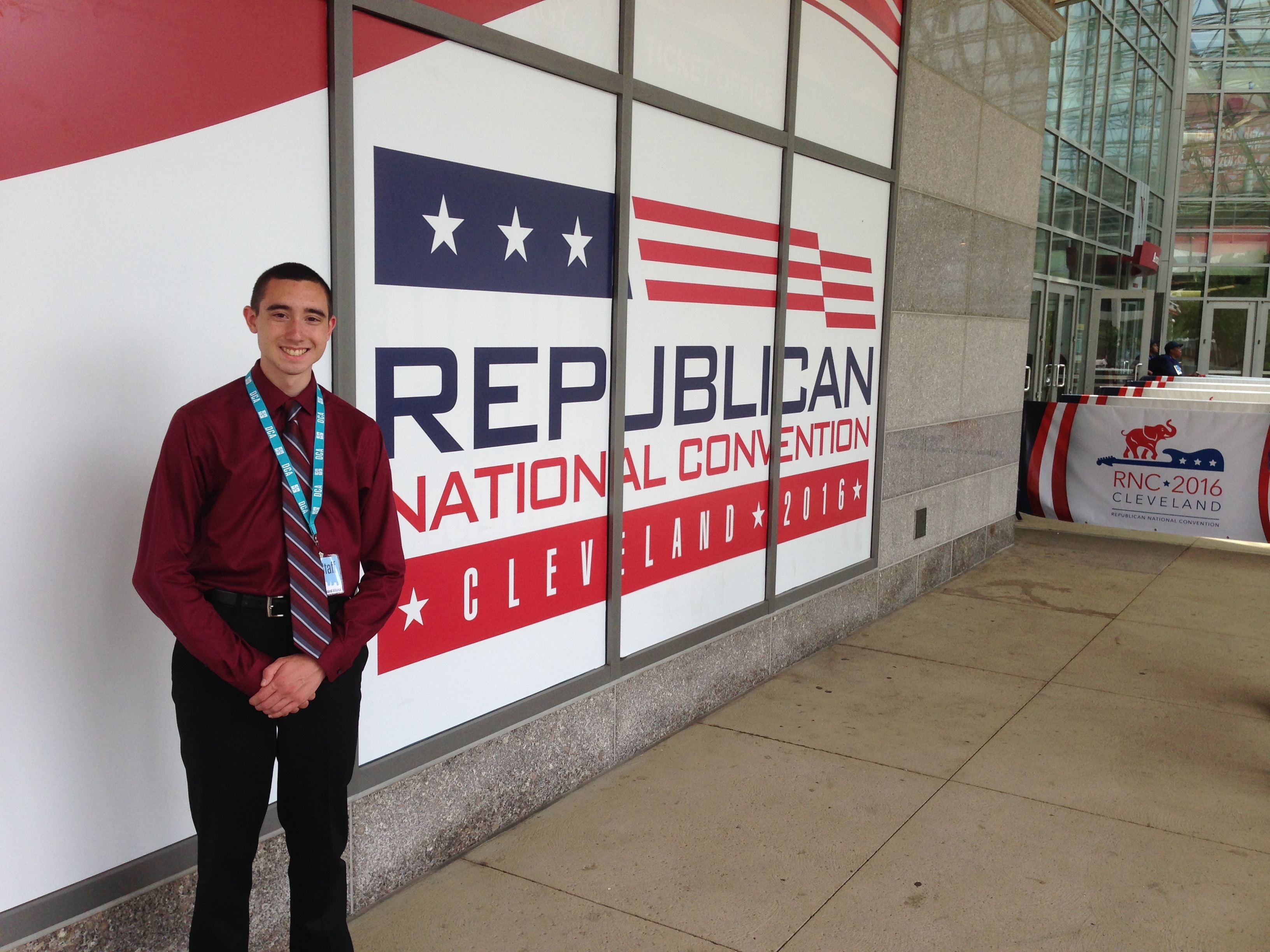 "My experience at the RNC in Cleveland was a memorable and pleasurable one. I met amazing people and got to participate and see what few could ever imagine seeing. As a participant of the convention with the Washington Center, I was able to gain exclusive access into the "Q" as we called it. The Q was our term for the Quicken Loans Arena where the convention was held. I had the chance to meet foreign diplomats as well as state delegates from all over the country." 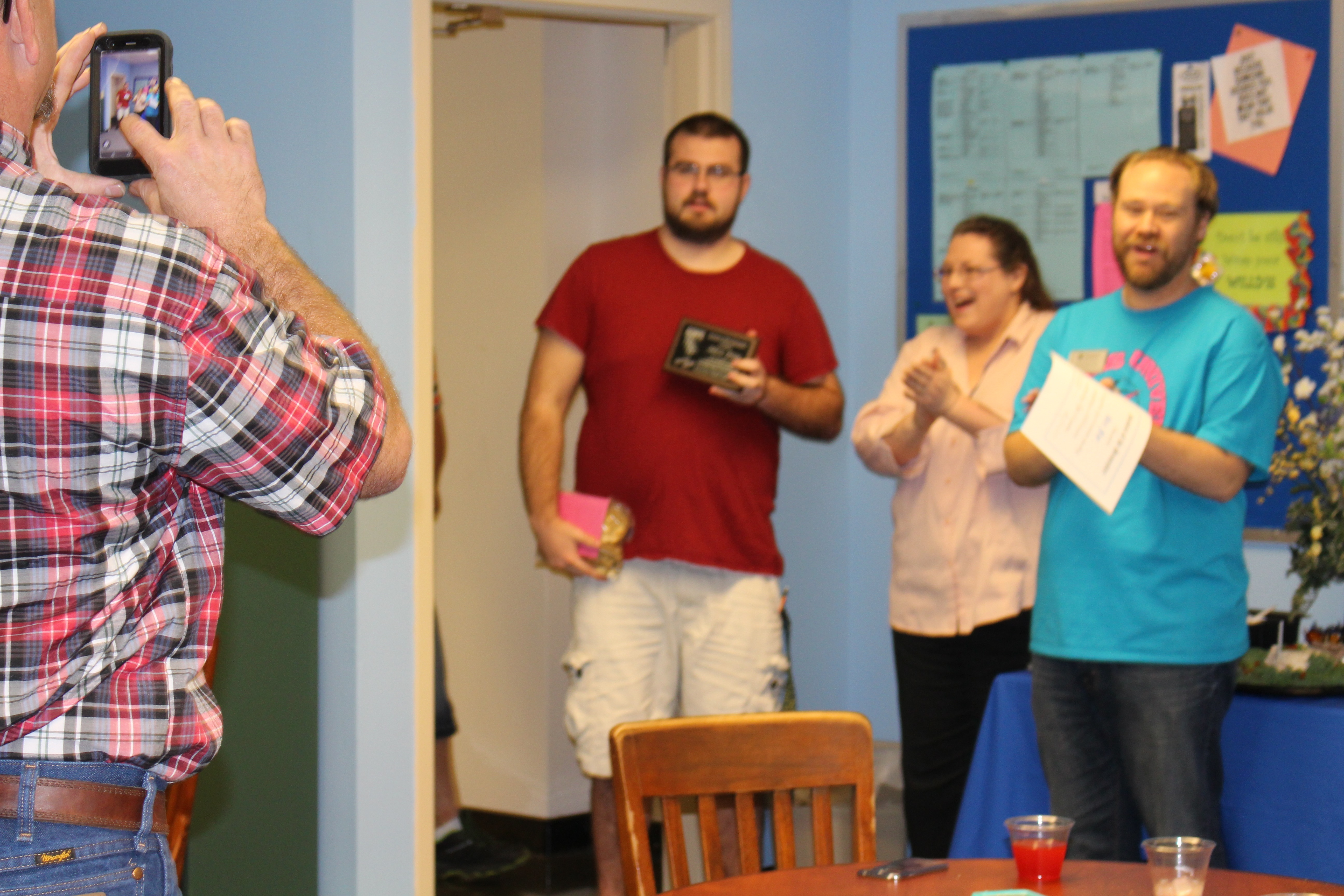 "COPE has helped me a lot in the past two years.  If it wasn’t for COPE, I would not understand any of my homework at all.  They also helped me find different ways to study for tests.  COPE has also led me to become involved on campus.  They helped me get into clubs and I even have an officer position.  If you are thinking of joining COPE, do it!" 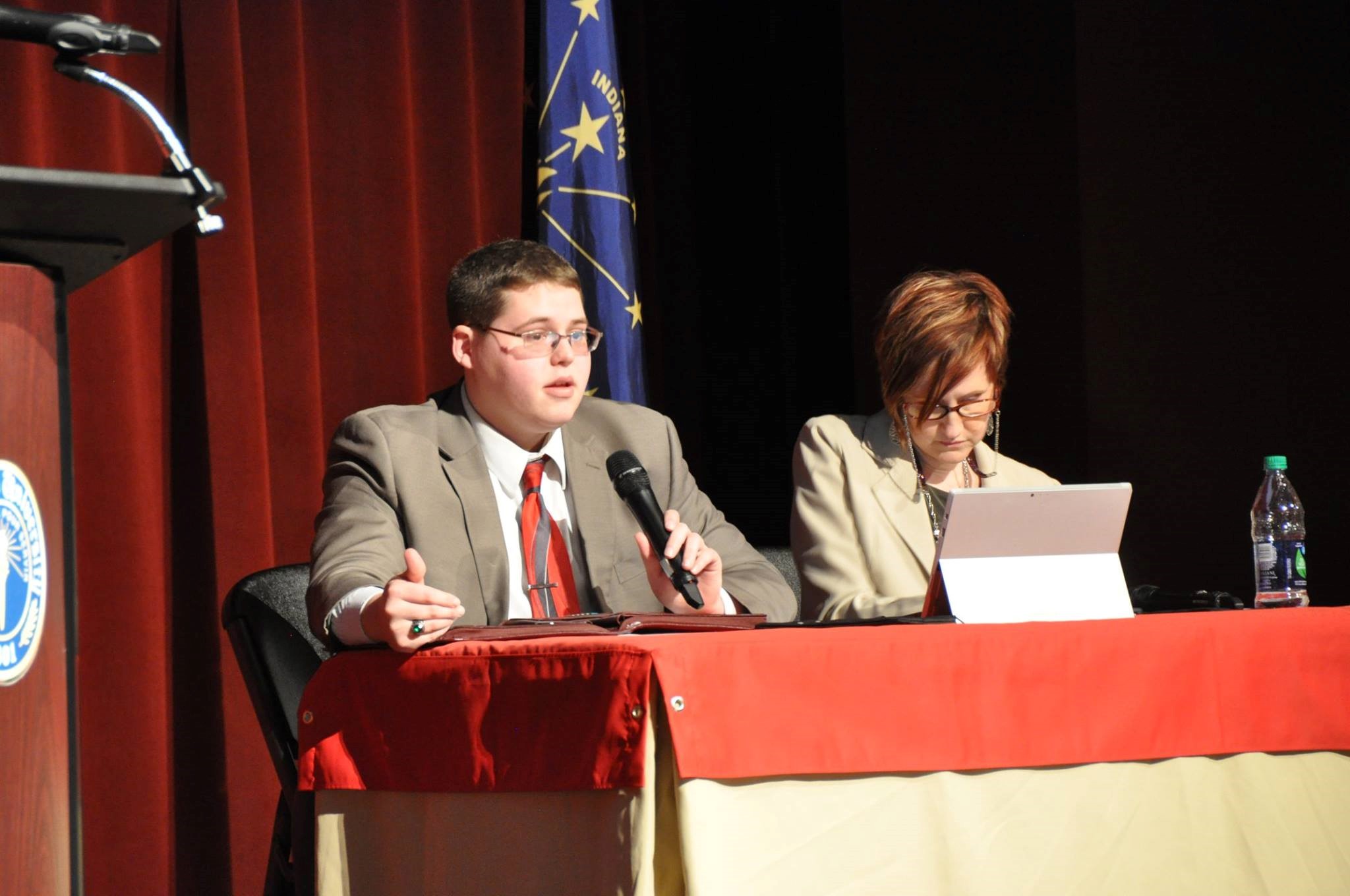 Garrett Dickerson participated in a professional debate put on by the Social Science Department.  He was in support of Free College Tuition.