Running On All Cylinders: Student-Athlete aims for peak performance inside and outside of classroom

Running On All Cylinders: Student-Athlete aims for peak performance inside and outside of classroom 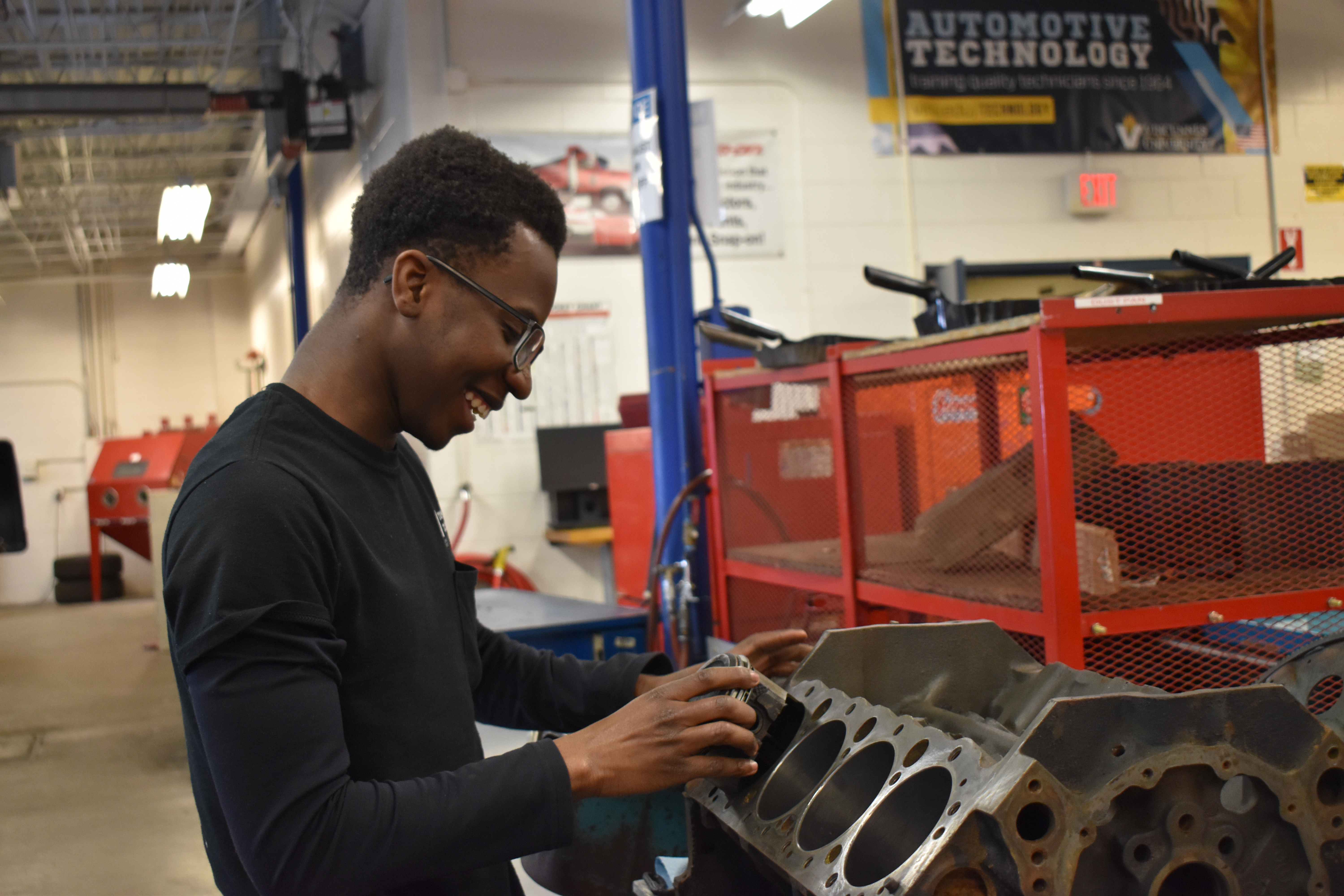 Ernest Momodu is always ready to shift gears into his hands-on automotive courses to remove broken parts of a car and restore them to create a reinforced top-level vehicle so that it can perform at maximum efficiency.

He begins most days with his automotive technology classes. Although it’s challenging work, there is something about the distinct smell of burning rubber and taking apart engines that Momodu loves.

"My major is helping me find a good job," he says. "Sports are helping me pay for everything school-wise. My part-time job is so I can have a little pocket money."

His schedule is full of engaging classes, awesome clubs, and sports competitions or practices starting around 8 a.m. and lasting until 7 p.m.

"My days as an automotive tech student have been busy," Momodu says. 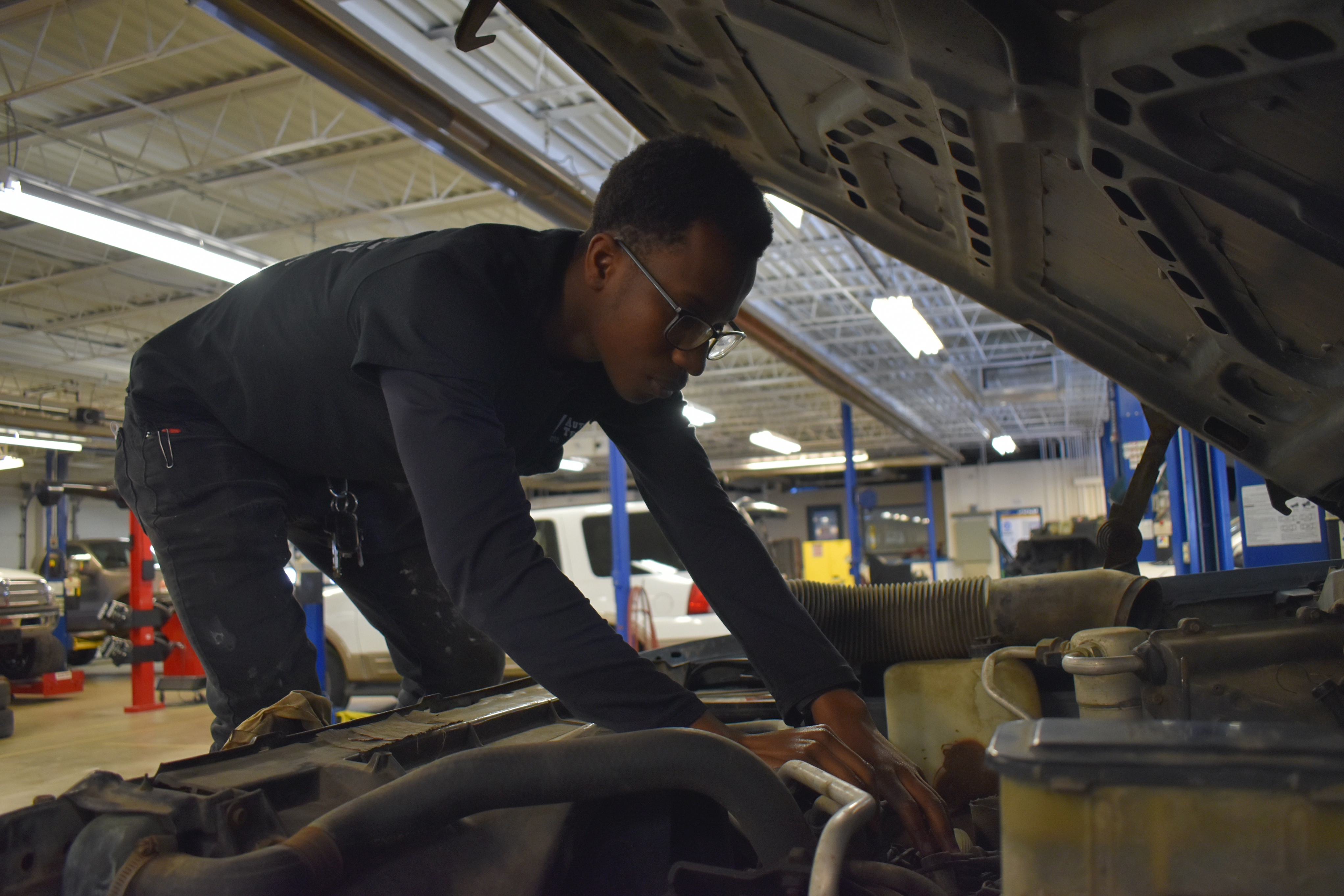 Leaving his home country of Ghana in Africa, Momodu moved to Indianapolis before attending Vincennes University as an Automotive Technology major.

"My favorite part about my day is engines class. We were able to tear down some Chevy engines, and it was really fun seeing everyone getting their hands dirty, and the social atmosphere is always great."

After classes are over, Momodu jumps right in to participate with his favorite clubs. He spends his time being active in campus life by cheering for VU athletics teams with the Blue Crew Club and helping organize events for the Automotive Club.

"Last year for the Automotive Club, we had this car show, and it had a big turnout. I helped out by organizing and selling food at the concessions table. It was crazy fun," Momodu says. 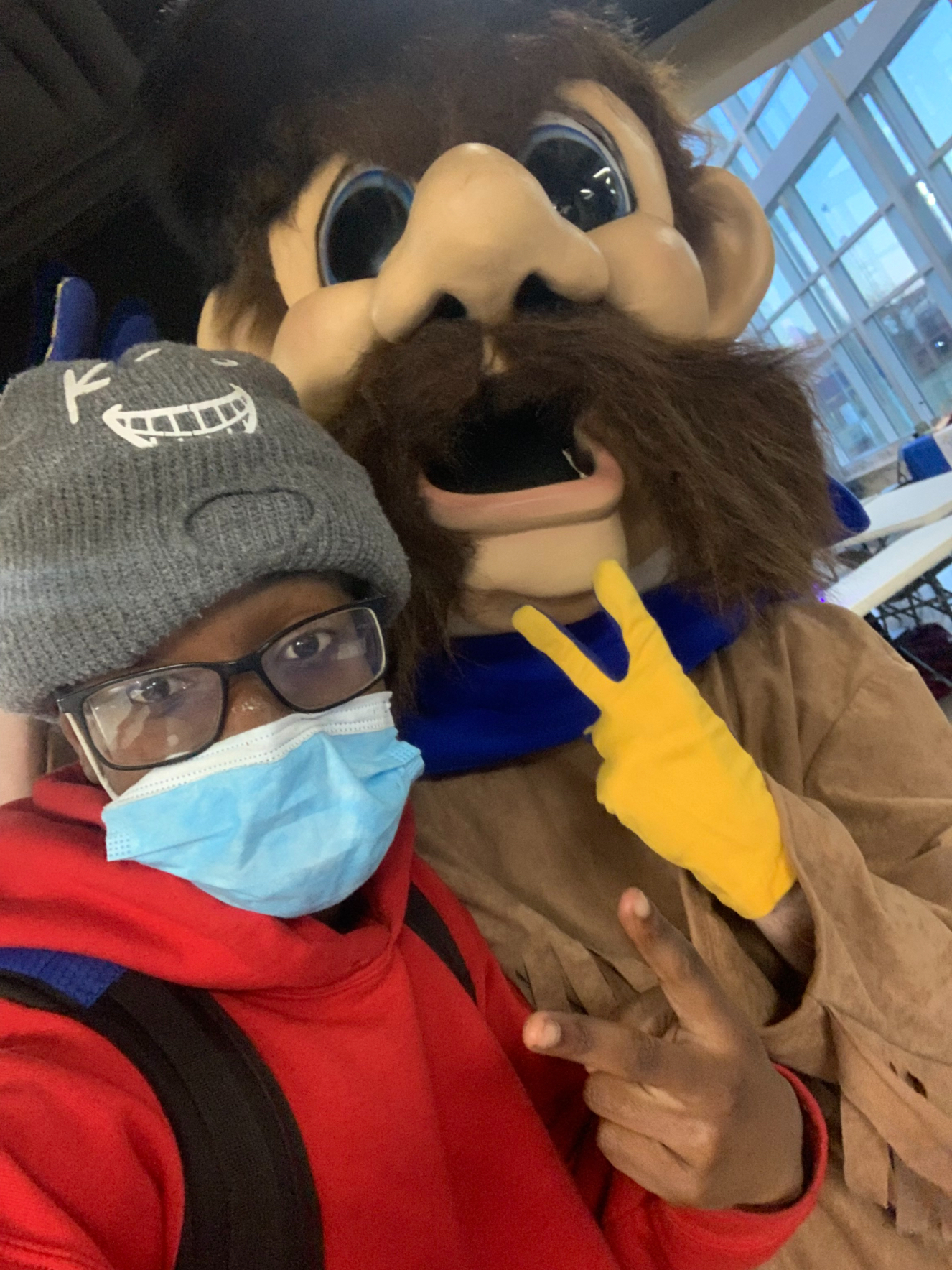 In the afternoons, Momodu puts on his running clothes. Now, it’s time to practice with VU’s track and field or cross country teams.

"Sports practice is usually from 3:30 p.m. to 5:00 p.m. Sometimes we have morning practices at 7:30 a.m. because the later time interferes with our class schedule. We usually do a lot of running, but we recently started something new. It’s a weight program that helps lift our core muscle." 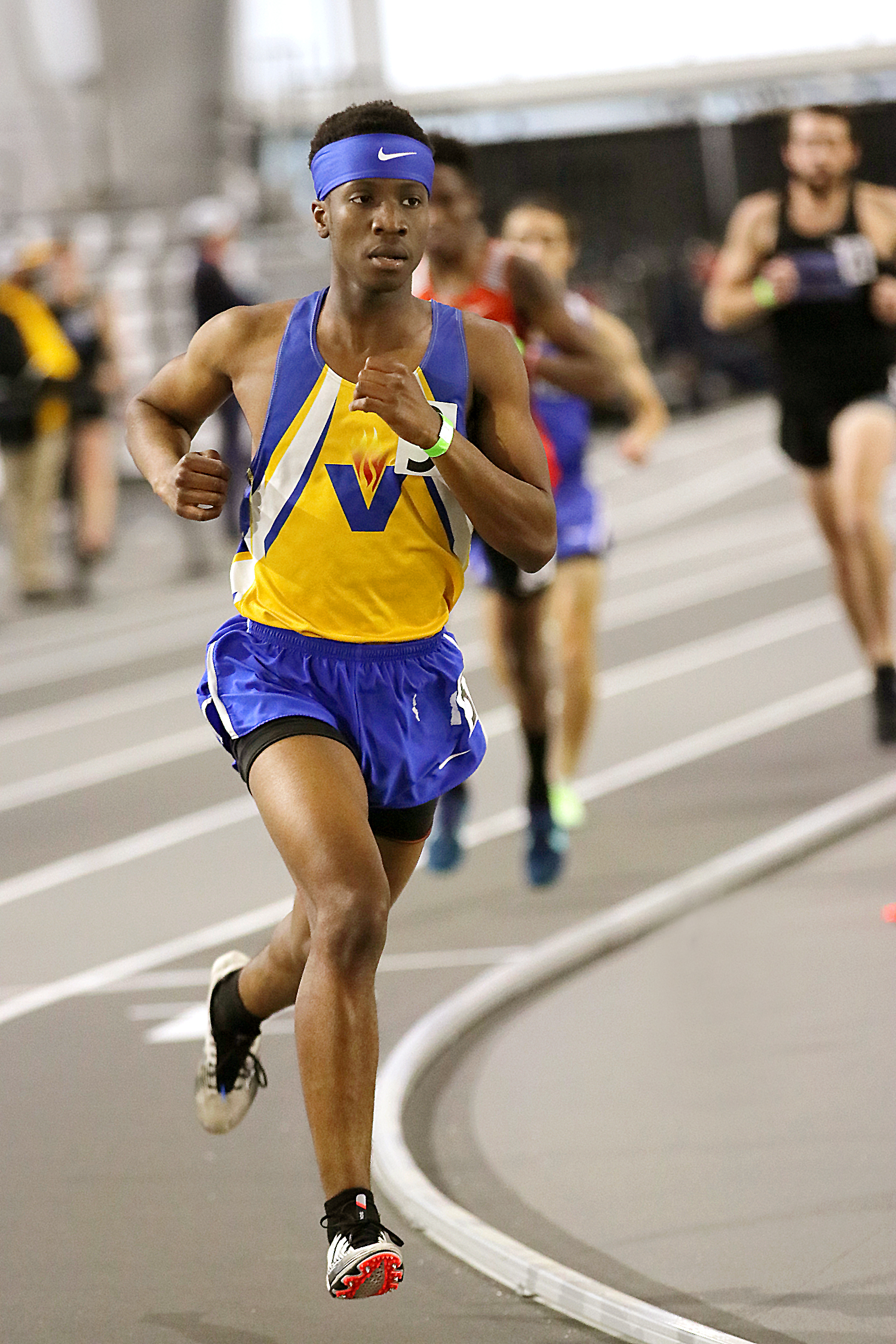 All the tireless effort and substantial amount of time he has put in is worth it because he is earning an in-demand degree, and he has received an athletic scholarship that helps him pay for his education.

Momodu plans to complete his associate degree in May of 2023. After graduating debt-free, he hopes to work at a high-end dealership that will allow him to cultivate his skills into becoming a better mechanic.

At the end of his fast-paced days, Momodu steps away from the hustle and bustle. He spends his free time relaxing in his dorm room, catching up with friends and family, and trying to have a little bit of fun before the day ends.

"I live in the dorms with six roommates with their own rooms and a room to myself, which is nice. Being on my own helps me grow and mature, and it can be goofy in its own way, which can be fun sometimes," he says.