VU Theatre Arts program is welcoming back live audiences with "Clue: The Musical"

VINCENNES, Ind. - Seeing the light reflect off of someone’s glasses, hearing a gasp of air leave someone’s breath, always aware the audience is there but never seeing them fully, as the light blinds your view of them.

When performing on a stage, the nerves are certainly real. Trying to memorize the script and perform on stage can be stressful. According to Vincennes University Theater Arts major Styx Adams, it is all worth it.

"I have stage fright, and it can all be stressful at times, but it is completely worth it when you see the audience’s expressions or hear their laughter," says Adams, who is from Gleeson, Indiana. "Knowing that you are bringing out these emotions in people, whether it’s anger, joy, sadness, or shock, it's why I do theater. I’m always wanting to make someone’s day better."

Productions were virtual last academic year. Actors and actresses didn't perform in front of a live audience. It took a creative toll on performers as the crowd's energy is key to performing on stage.

The exciting news is live audiences are returning to VU's student productions. 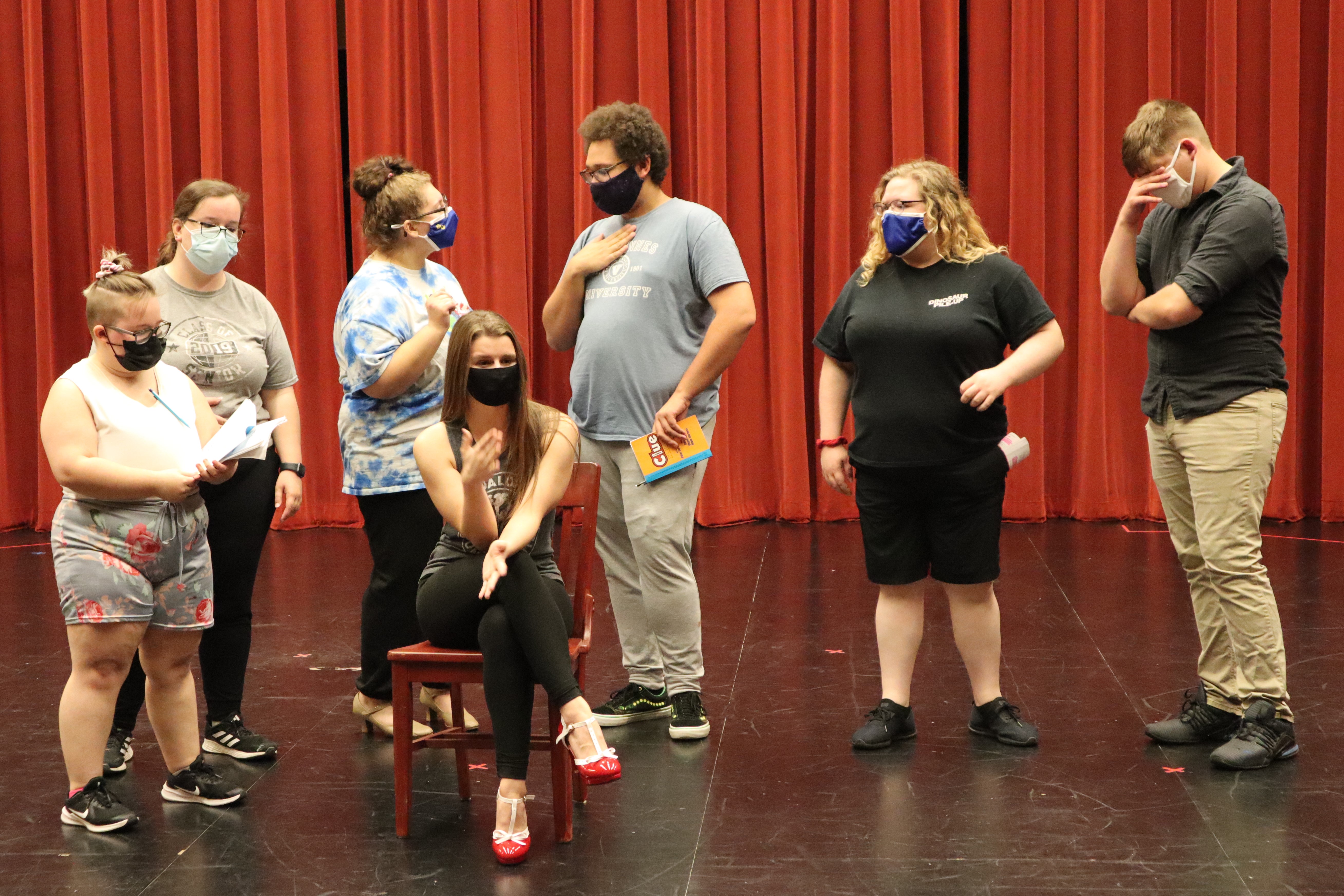 VU's Big Debut Back On Stage

The Theatre Arts program is resuming in-person productions with the premiere of "Clue: The Musical" at the Red Skelton Performing Arts Center Oct. 28-31. It is a madcap musical based on the acclaimed board game. The show features audience interaction and a different murderer every night.

Krysten Wilkinson, a Psychology major from Rockport, Indiana, says nothing is as good as performing in front of a live audience.

"It’s very exhilarating," she says. "Honestly, unless you’ve done it, it’s hard to describe. The best way to describe it is it’s exhilarating. It’s such a pure art form, and it really is just telling a story. Especially comedies, it’s so much fun to feel that reaction you get whenever you say something funny, and it changes the energy of the building; even though you can’t see the people in the audience, you can feel them. Feeling that energy change and hearing them laugh when you’ve given a line correctly, it's just an amazing feeling.”

When the curtain closes, the actors and actresses go to take a bow. Many emotions flow throughout the room. Relief, gratitude, and reactions are all feelings that they thrive for that make everything worthwhile.

"I guess there’s almost a sense of relief because you are done," Wilkinson says. "The entire time you’re doing the show, you're running things through your head, and you’re trying to keep your lines and cues in your mind while the play is going on. When it’s over, it’s like a sense of relief. It’s also amazing to have the applause wash over you. We are all so very grateful."

Some perform for reactions, and some perform for admiration. Theatre Arts major and Terre Haute native Kaleb Benson says the reason he performs is for fulfillment.

"When the play is over and the crowd starts clapping, I get a sense of fulfillment," Benson says. "I’ve spent a lot of my life in theater solely focusing on acting and plays. Seeing people be proud of what I’ve accomplished makes me proud of myself and lets me know that I am not wasting my time here.”

The Art of Friendship And Teamwork

Theatre is a collaborative art, so any production takes creativity from multiple people.

According to Theatre Arts Program Chair and Assistant Professor Kendra Clauser, "In addition to the director and actors who prepare the play during rehearsals, costumes are designed and constructed (Megan Gregory). The scenery and props are designed and built (Jaclyn Zimmerman). Lights are cued and organized(Jaclyn Zimmerman), and sound needs are readied (Paul Blair). Our stage manager (Arik Botsford) is in charge of all of the people who work backstage. Each backstage crew member is assigned to a specific position, such as light board operator or props manager. Promotional items and ticket sales are also a part of each production (DeEtta Welte)."

Actors shed lots of tears, sweat, and time into the days leading up to their performances. The crew goes over the positioning of lighting and the timing for sound effects to ensure it gives the audience a production they will love and enjoy looking back on.

The productions VU's Theatre Arts program puts on are a lot of work. The rehearsals are for two hours, four days a week. The emotions coursing through your body while you're performing and the nerves churning inside your stomach right before you step on stage are all a part of putting on a show.

Although it might not sound the best at first, joining a production gives the feeling of satisfaction and accomplishment. It also gives cast members a chance to form unbreakable friendships that last a lifetime.

"The friendships and bonds we make are like no other," Benson says. "They truly are friendships that will last longer than normal friendships do, and they don’t break as easily." 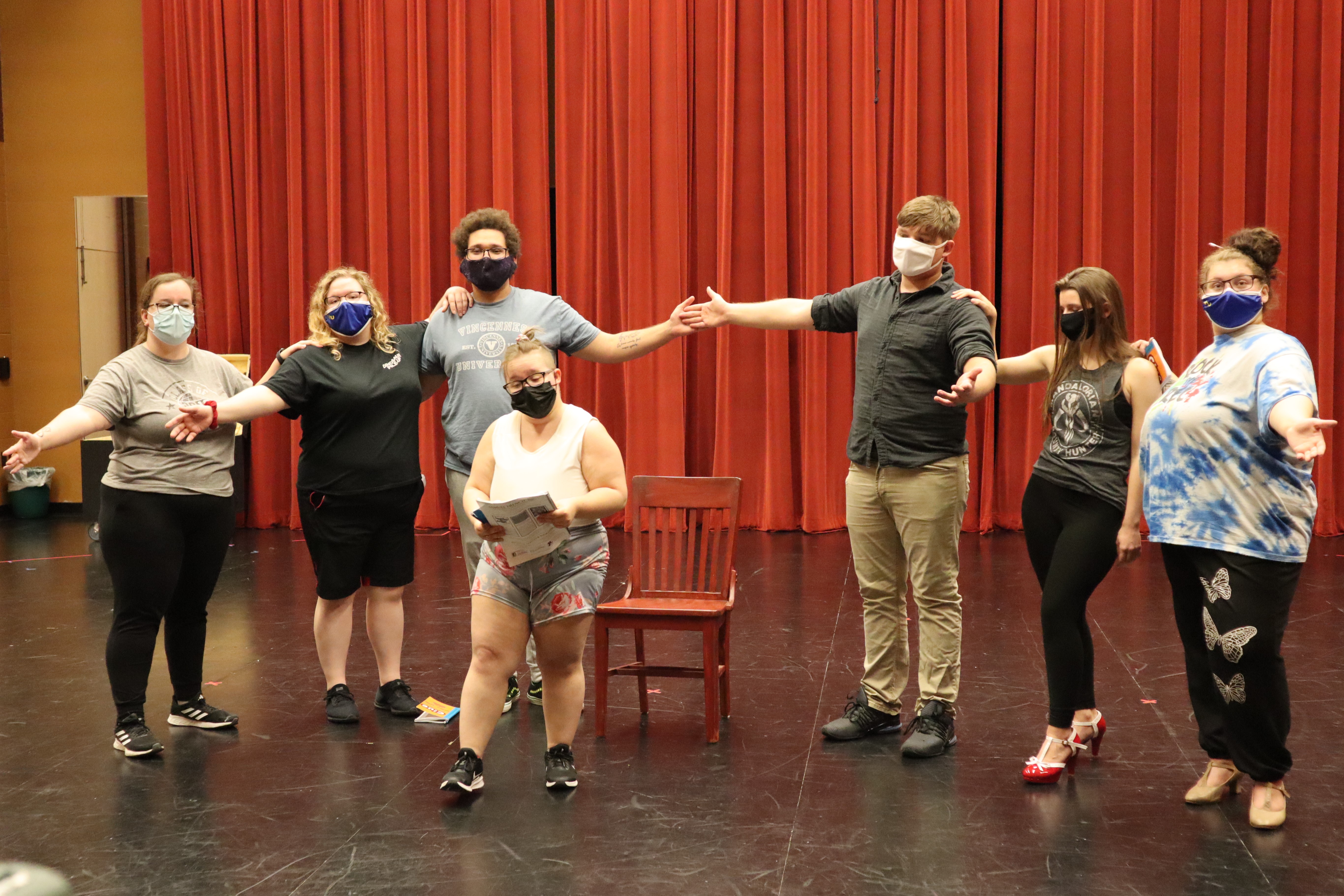 Want to see Clue: The Musical?

For current and upcoming performances and events, please check out our University Events calendar