All are invited to remember and honor those who have sacrificed for our nation, including guest speaker and U.S. Navy veteran Allan Alldredge. He currently works in the VU Career Center as the career specialist.

Sponsored annually by the VU Support Staff Council, the Veterans Day tribute will include all branches of the military, speakers, and singers. Videos featuring veterans who are VU employees or residents of local care facilities will be shown during the program in recognition of their service.

The program will also include the Vincennes Lincoln High School JROTC which will post and retire the colors. Preston Ratliff, Campus Minister at the Christian Campus Fellowship, will offer the invocation and benediction. The master of ceremonies is VU Military Education Program Indiana Director Alex Sievers. The event will feature music by VU’s Pep and Concert Bands.

A 21-Gun Salute will be presented at the conclusion of the program by the All-Weather Firing Squad outside of the Red Skelton Performing Arts Center.

Masks or other appropriate face coverings are mandatory inside all VU buildings and must be worn over the nose and mouth.

VU has a long history of serving and supporting present and past members of the Armed Forces and their families.

VIQTORY, an organization connecting the military community to educational opportunities, named VU a Military Friendly School for 2020-2021 for the University’s support of service members, veterans, and their families.

Veterans, dependents, National Guard/Reserve, and active-duty students can learn how to utilize educational benefits at https://www.vinu.edu/web/veterans/home. To learn about VU’s Military Education Program, explore https://www.vinu.edu/web/military. Active-duty personnel, reservists, guard members, and veterans with disabilities of any kind may request academic accommodations through the office of Diverse Abilities and Accommodations for VU courses.

VU’s Veterans Day Program is sponsored each year by the Support Staff Council. If you are interested in how you can make a difference, consider attending a Support Staff Council meeting. Meetings are held on the second Thursday of each month at 2 p.m. ET in the Technology Center Auditorium. 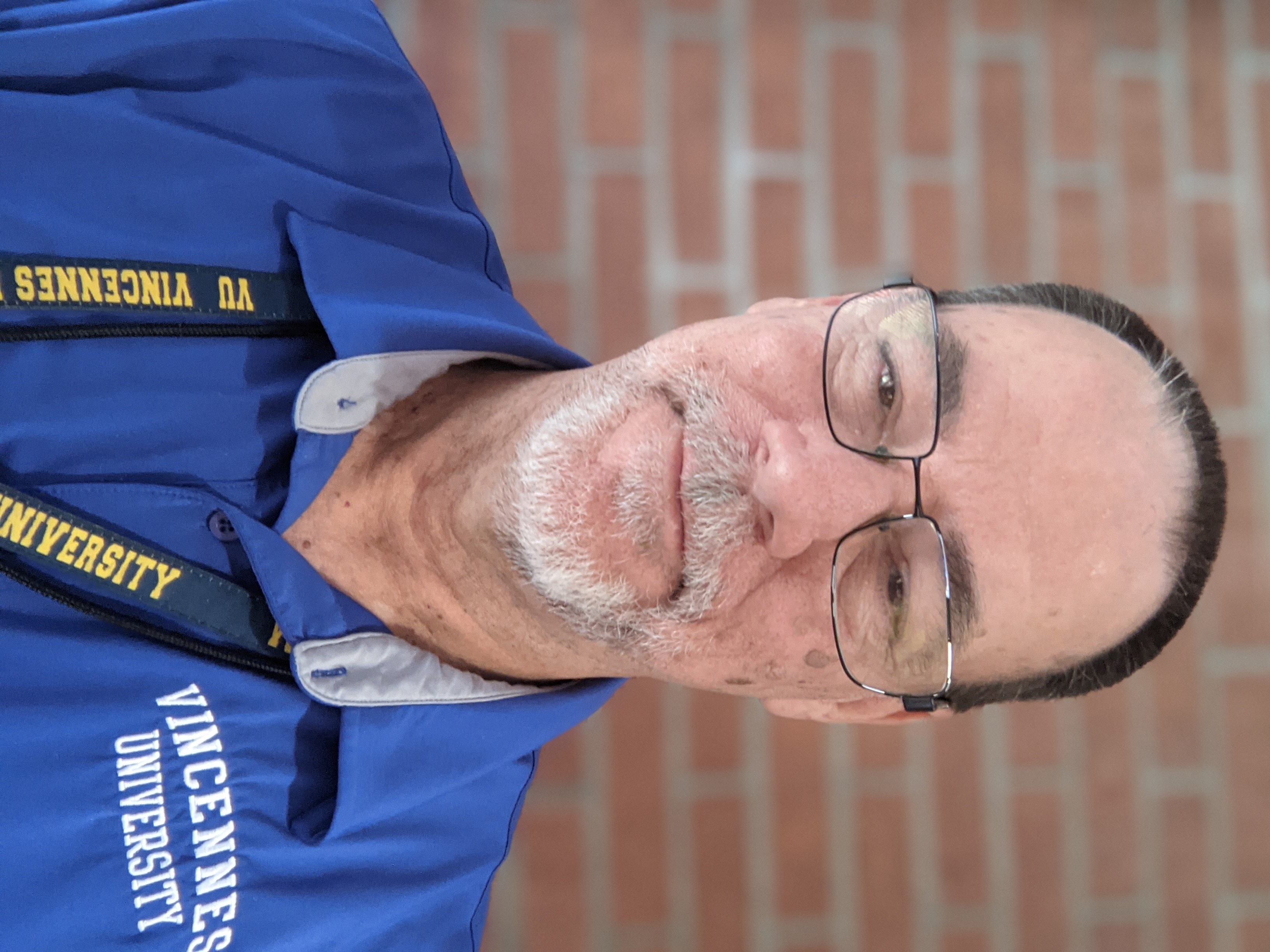 Allan Alldredge, USN/Retired, joined the U.S. Navy in July 1979 in the delayed entry program. After graduating a semester early from high school, he went off to boot camp in Orlando, Florida, in February 1980 and turned 18 there. Alldredge began his Navy career in the “Seabees” as a heavy equipment operator. He spent time in the South Pacific, Europe, Indian Ocean, and Iceland as a Seabee. After getting a taste of the military police profession, he cross-rated to the designation of Master at Arms while working in Great Lakes II as a Patrol/Drug Military Working Dog handler. He sought an independent duty Master At Arms position to advance in the field, so off he went aboard Navy ships. He was an Independent duty Master at Arms (Sheriff) of the USS Elmer Montgomery (FF-1082) and USS Ortalon (ASR-22). Between two independent duty positions, Alldredge was the Chief of Police and Chief of Detectives on the aircraft carrier, USS Saratoga (CV-60). Retiring honorably under the early retirement program (TERRA) in 1995 with a pension and benefits, he returned to Illinois. He earned a Master of Arts in Speech Communications via the Illinois Veteran Grant and followed with some post-graduate credit hours in Criminal Justice towards a Ph.D. He has taught at several universities, including VU. He currently works in the VU Career Center as the career specialist.

Please check out our University Events Calendar. It is a valuable resource that allows current students, future students, faculty, staff, alumni, and members of the public to find out about upcoming events and other exciting happenings at VU.